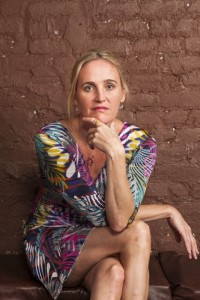 We are pleased to welcome Paula Bomer to this month’s Writers on Craft.  Paula Bomer is publisher of Sententia Books and the editor of Sententia: A Literary Journal as well as a contributor to the literary blog, Big Other. Her writing has appeared in The Mississippi Review, Open City, Fiction, Nerve, and Best American Erotica. Her collection, Baby & Other Stories, is published by Word Riot Press. Her debut novel Nine Months is a Soho Paperback Original. She lives in Brooklyn with her husband and two children.

What do you read when you despair at the state of either your work or modern literature—any “go to” texts?

Yes! I reread Philip Roth, in particular Zuckerman Bound, and Travels with My Aunt by Graham Greene while revising Nine Months. Both books exemplify to me that satire is, or can be, high art. I reread obsessively Tolstoy’s short fiction while writing Baby and Other Stories. And my newest book, Inside Madeleine was inspired by firstly, Mary Gaitskill’s Bad Behavior and also Jesus Son by Denis Johnson. Then, later, the short stories of Richard Yates. I’m a big re-reader.

Honestly, I don’t agree with “kill your darlings.” I think one should stick to their gut when writing, especially short stories. I do find I tend to tweak the beginning and ends almost always. But ten or fifteen years into writing, I stopped editing unless the story or book was accepted. I wasted a lot of time and energy editing things that weren’t going to be published, when I wasn’t in contract. Never again. Also, if you think you are getting bad advice—I got lots of it—you probably are right.

My interests have changed a lot in the past twenty years, or so it seems. I’m more sentimental than I was when I was younger. And I have a lot less energy, which makes writing even harder, not that I’ve ever found it easy. Basically, writing is like squeezing water from a rock. And yet, I’m committed and always have been. At times, even when it’s so difficult, the blank page is my best and only friend.

What do you feel is the purpose of literature?

I have no idea. I used to think it was “important” in some vague way. Now, it’s just a part of who I am—I’m a reader, a writer.  I guess it’s about connection. It helps me be less lonely. 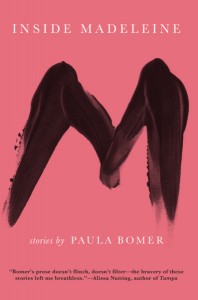 Be kind. And if someone is an asshole to you, you don’t have to be kind anymore. The latter took me a while to figure out and I still have issues with it, but really, it sucks being a doormat. My Christian upbringing made it difficult for a while to get rid of toxic people. But I’m 46 now and have much less tolerance for bullshit.

Your creative work is often bold in that it flouts conventions expected from women.  Do you feel that conservative reactions to previously published books, either as an author or a publisher, cause you to react by pulling back or pushing the barrier harder with your subsequent publications?

I would say I pretty much stay the course. I’ve tried to pull back- it felt dishonest. And a lot of people think I push barriers. I know as a young woman I did so purposefully. Now I sort of can’t help myself, or so it feels that way. That said, some of my work if purposefully less “in your face” than other works. I do hope that I can experiment in style and substance.

What’s recently released or in the pipeline for your readers? Give us a sneak peek.

I’d love to publish a collection of essays. I wrote a bunch for Big Other and some other places that I’ve been fiddling with collecting into a volume. I probably will never write a memoir. I have a collection of stories and a novel that both need some work. My website is recently redesigned by the amazing Adam Robinson so it’s now easier to read some of my more obscure stuff online. For instance, an old website called Verbsap still has this weird piece I wrote in the form of a letter to Angelina Jolie. Sometimes, I just have to mess around. I even had a secret, not so secret, tennis blog for years. It was written in the voice of a boozy, sex obsessed tennis fan with too many cats.